Sharifah: Only RM33 bln of RM660 bln in oil revenue mined by Petronas returned to Sarawak 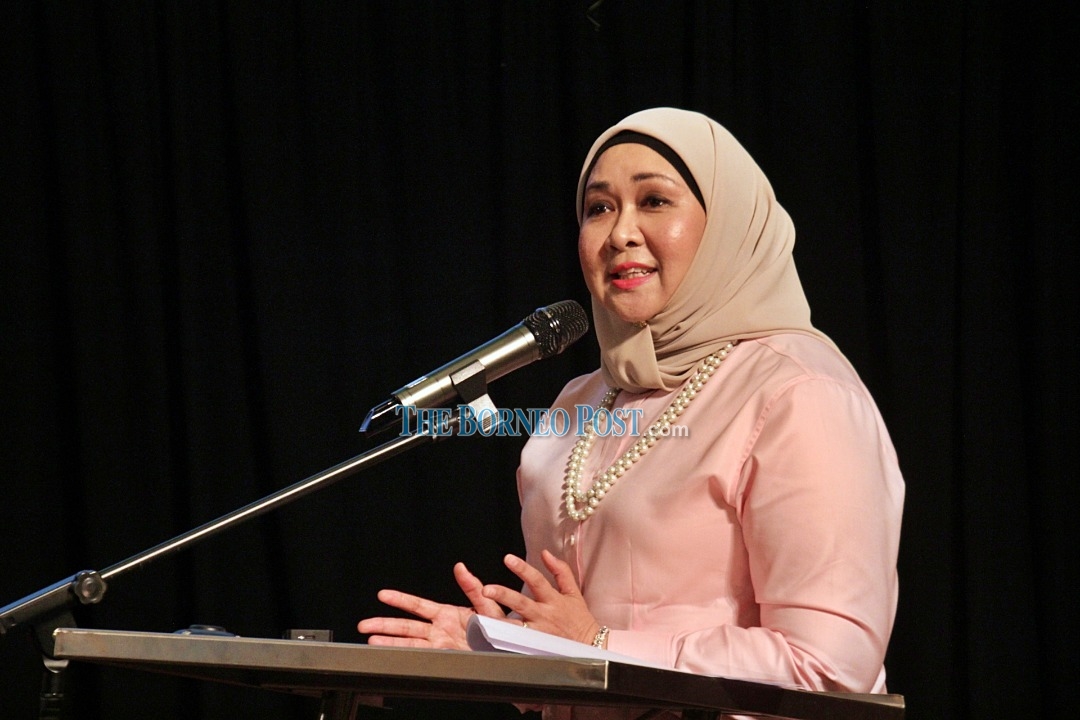 KUCHING: Since national oil company Petronas began extracting oil and gas in Sarawak from 1976 to 2017, it had earned a total revenue of about RM660 billion, but only RM33 billion was returned to Sarawak, said Datuk Sharifah Hasidah Sayeed Aman Ghazali.

The state de facto law minister said if Sarawak were to have a hand in its own oil and gas resources since then, it would have been in a better economic position now to attain a high income economy and develop the state by the year 2030.

“At best, the oil and gas industry in Sarawak now may only have another 15 to 20 years to go before it is overtaken and replaced by renewable energy,” Sharifah said during a forum on oil and gas at the State Library here this morning, citing a 2017 report from the Malaysia Statistics Department.

The public forum entitled ‘Seeking Economic Parity for Future Generations – Fight For Our Rights, Fight It Right’ was organised by Suarah Petroleum Group (SPG) – a non-profit organisation with members consisting of Sarawakian oil and gas veterans.

The forum aimed to promote the advancement of the state’s oil and gas industry, promote stakeholders’ rights and interests, and to confer in matters of common interest of all stakeholders.

It was attended by some 100 interested members of the public and several oil and gas professionals.

Sharifah, who is also Assistant Minister in the Chief Minister’s Department (Law, State-Federal Relations and Project Monitoring), said according to the report, overall Crude Petroleum amount exported from Sarawak in 2017 was 3,353,000 metric tons and was worth at RM9.4 billion.

She said according to a report by world renowned oil and gas consultant Arthur D Little for the year 2005-2015, Sarawak contributed 60 to 65 per cent of the country’s gas production and 30 per cent for the country’s oil production.

“Currently there are 41 Production Sharing Contracts (PSCs), that is 41 blocks of PSCs found within the offshore of Miri and Bintulu as of December 2017,” she said.

For the year 2017, Sharifah said the volume of total gas production were 4,123 million standard cubic feet, which was equivalent to 680,000 barrels of oil per day, and the total of oil production was 173,000 barrels per day.

On that note, she said when the Sarawak government introduce the state sales tax (SST) of 5 per cent to all of its petroleum products exported out of the state, it was not made arbitrarily nor disproportionately or oppressive.

Sarifah said, some time last year, Petronas, through the federal government had offered an ex gratia payment of 3 per cent to Sarawak but with a condition that the state government drop the SST and Oil Mining Ordinance (OMO) 1958.

In reply to that, she said the Chief Minister Datuk Patinggi Abang Johari Tun Openg had stated categorically that the state government stands firm in imposing the SST on petroleum products exported from Sarawak as this was Sarawak’s constitutional right.

“The chief minister also stated that we demand the SST charged on liquified natural gas (LNG), crude oil and condensates exported from Sarawak for the year 2019 to be paid by Petronas and other oil companies within that year.

“Also, zero-rated SST as proposed by Petronas and the federal government will not be considered,” said Sharifah.